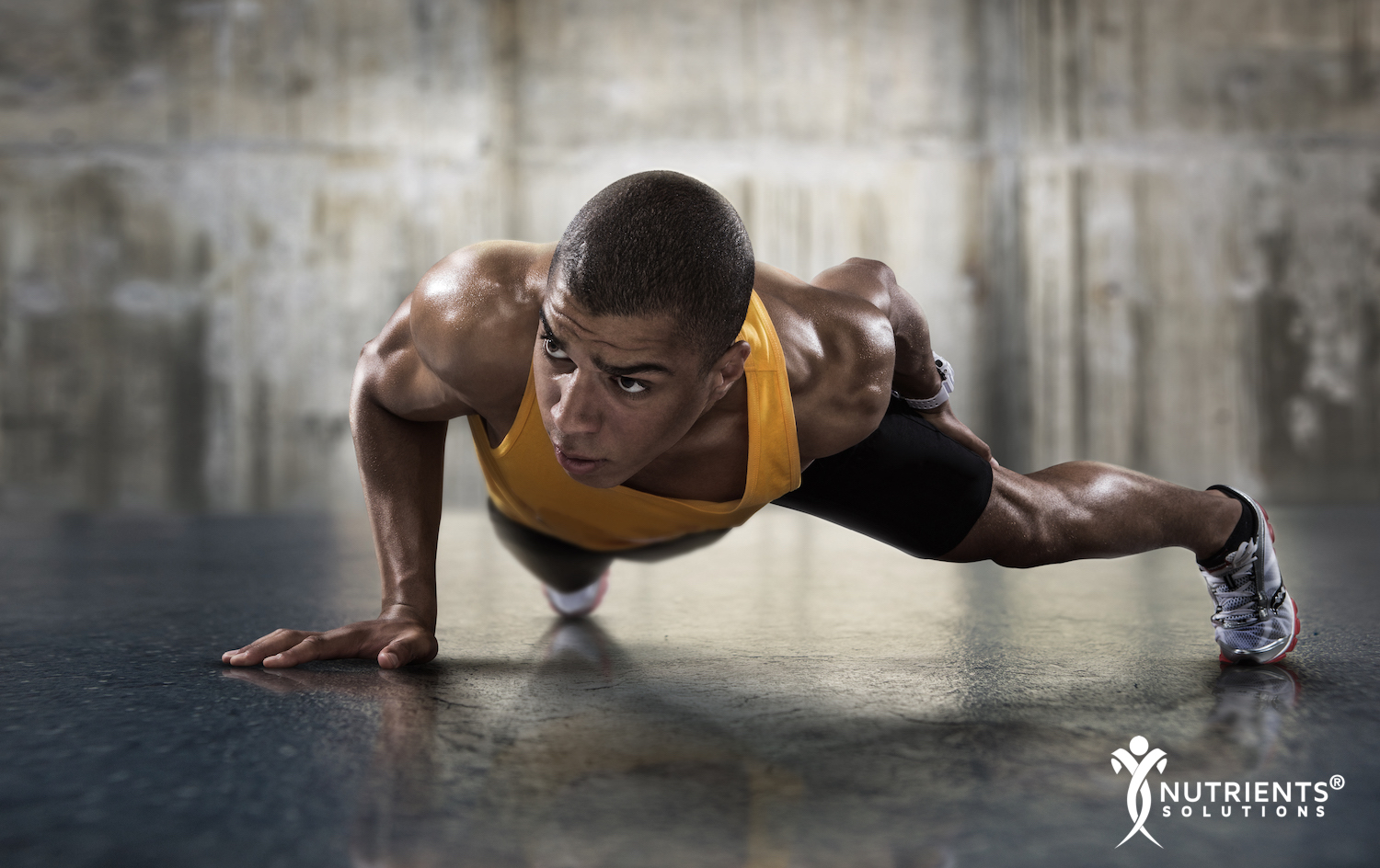 Zinc is a mineral the body requires daily to perform basic functions. It plays a role in immune function, synthesizing hormones, facilitating the digestion of food and keeping inflammation at bay. It’s a powerful antioxidant, which means it reduces oxidative stress linked to aging and degenerative diseases.

Zinc promotes cardiovascular health by reducing oxidative stress, also known as free radical damage. Oxidative stress raises your risk of heart disease, whereas antioxidants such as zinc lower your risk and help combat heart problems [1]. Zinc is required within the endothelium of blood vessels, which is a thin layer of cells responsible for relaxing and contracting the blood vessels and controlling blood clotting. The vital presence of zinc in the endothelium promotes healthy blood circulation and helps lower high blood pressure and cholesterol levels.

Zinc’s antioxidant ability plays a role in boosting your immune system. It’s often taken as an over-the-counter treatment for the common cold, as zinc has been found to help speed up healing from viral infections [2]. It also helps prevent these infections by protecting you from oxidative stress.

Zinc’s role as an antioxidant also fights oxidative stress linked to cancer. Research shows it may help prevent the mutation of cancerous cells and inhibit tumor growth. Studies on animals and humans have found that zinc can play a role in the prevention and treatment of colon, pancreas and oesophageal cancers, as well as brain tumors [3].

Zinc is required for the production of insulin in the pancreas. Insulin is responsible for bringing glucose from food inside your cells where they can be used for energy. Zinc deficiency can result in low insulin levels, which raises glucose levels in the blood and puts you at risk diabetes. Medical research on diabetes patients shows that zinc supplementation can help stabilize blood glucose levels and promotes healthy blood lipid levels [4].

Zinc promotes muscular growth by improving glucose uptake during workouts and boosting testosterone levels after workouts. Testosterone is a growth hormone that promotes muscle growth and healthy metabolism. By supplementing with zinc, you can get more out of your workouts by burning more fat and building muscle at a faster rate.

Hormones have important jobs throughout every system of the body, so zinc’s role in producing and balancing them is crucial. Low testosterone in men has been linked to decreased sperm production, and zinc has been shown to restore healthy levels of testosterone. Women require a balance of estrogen and progesterone for optimal reproductive health, and without enough zinc, an imbalance can cause menstrual problems, infertility and even an increased risk of reproductive cancers.

Zinc helps protect the liver from oxidative stress and inflammation, and it helps the liver with its role in nutrient assimilation. Zinc deficiency is linked to cirrhosis of the liver, which is a condition involving loss of liver cells and irreversible liver scarring. In people with liver disease, zinc deficiency severely worsens symptoms, but clinical trials have shown supplementation helps reverse these symptoms [5].

Zinc is an important mineral required for several aspects of bone metabolism, in which new bone material is laid down for the maintenance of bone density. It helps synthesize enzymes that break down and get rid of bone protein that is worn out. It is present in increased amounts at sites of bone healing and repair, as it’s required to synthesize collagen–the structural matrix of protein upon which calcium and phosphorus are deposited to form new bone [6].

It also works by playing a key role in the body’s absorption of calcium from food, as calcium is the most important mineral for bone maintenance [9]. By clearing the path for new bone to form, boosting collagen levels and increasing calcium absorption, zinc helps increase bone formation. Studies show that it markedly increases bone density, which is the hallmark of bone health.

Poor joint health can result in arthritis, in which connective tissue in the joints degenerate over time, causing inflammation and pain. Zinc supplementation is shown to help improve connective tissue health by boosting the production of collagen–the structural protein that makes the cartilage in your joints strong and supportive. Studies on rats have linked zinc deficiency to collagen insufficiency in cases of connective tissue damage, suggesting that zinc deficiency may play a role in the progression of arthritis [7].

In a study on the relationship between zinc levels and rheumatoid arthritis, researchers used hair samples to determine the zinc status of healthy individuals and patients with rheumatoid arthritis. Compared to the healthy control group, arthritis patients had low levels of zinc. Zinc levels were the lowest among patients who had suffered from the disease longer and with greater severity [11].

Another study showed that zinc supplementation at 220 mg taken three times a day helped improve symptoms in people with rheumatoid arthritis. In a 12-week period, participants who supplemented with zinc had less morning stiffness, reduced joint swelling and better mobility compared to a placebo group [12].

According to research published in Molecular and Cellular Biochemistry, zinc supplementation plays a role in the prevention and treatment of osteoporosis because of its ability to increase bone density. Postmenopausal women are the highest risk group for osteoporosis, in which low bone density causes bone fracturing and breaking [8].

In a study on 60 women with osteoporosis in Iran, most of the women were found to be deficient in zinc. This suggests that a lack of zinc may be linked to the deterioration of bone density, in which not enough calcium is deposited in bone. Participants were given either 220 mg of zinc sulfate per day or a placebo for 60 days. By the end of the study, the group that supplemented with zinc had higher calcium levels compared to their baseline levels, while the placebo group experienced no change. Researchers suggested that by boosting calcium absorption and increasing bone density, zinc supplementation could play a role in the treatment of osteoporosis [9].

In a 2013 study published in the American Journal of Clinical Nutrition, researchers found that zinc supplementation improved bone density in people with thalassemia major–a disease in which normal hemoglobin is absent, causing severe anemia. Thirty-two participants who ranged in age and disease severity were assessed for bone mineral content and bone mineral density. Compared to a placebo group, patients with the disease who supplemented with 25 mg of zinc per day had more significant gains in total-body bone mass. This led researchers to conclude that zinc supplementation may play a useful role in the treatment of thalassemia [10].

Adequate zinc levels reduce cell death, whereas low zinc intake triggers apoptosis (cell death). Although cells are always dying and regenerating, ideally, the number of cells in your body should remain constant. Too much apoptosis causes excessive loss of cells and is linked to degenerative diseases such as Parkinson’s and Alzheimer’s. By getting enough zinc, you can protect your cells against excessive apoptosis [13]. Studies show that zinc protects the brain from neurodegenerative diseases by reducing neuron (brain cell) death and thereby preserving learning and memory function [14].

13. Acts as an Antioxidant and Fights Aging

Studies show that animals with higher superoxide dismutase levels have longer lifespans [16]. This is unsurprising because oxidative stress is known to play a significant role in the aging process. Another factor in aging is inflammation, which zinc is shown to help reduce in elderly people [17]. Through these mechanisms, zinc supplementation could promote longevity, especially in people who are zinc deficient.

According to the USDA, men require 11 mg of zinc each day, and women require 8 mg. Zinc is found in high-protein foods such as meat, fish, yogurt, and beans. If you’re deficient or want to ensure you avoid deficiency, it’s essential to supplement with zinc. Zinc supplements come in the form of zinc gluconate, zinc sulfate or zinc acetate. According to research, these all work similarly and effectively, and none is superior to another. The body doesn’t store zinc, so you need to get enough of it each day to health reap the benefits, including disease prevention, increased immunity and better muscle growth.

Article Name
7 Important Benefits of Zinc and Why You Need to Avoid This Deficiency
Description
Zinc is a mineral the body requires daily to perform basic functions. It plays a role in immune function, synthesizing hormones, facilitating the digestion of food and keeping inflammation at bay. It's a powerful antioxidant, which means it reduces oxidative stress linked to aging and degenerative diseases. 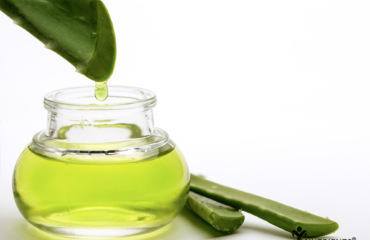 How to Use Herbs to Treat Minor Burns 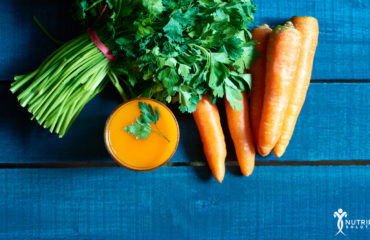