The Many Amazing Health Benefits of Green Tea 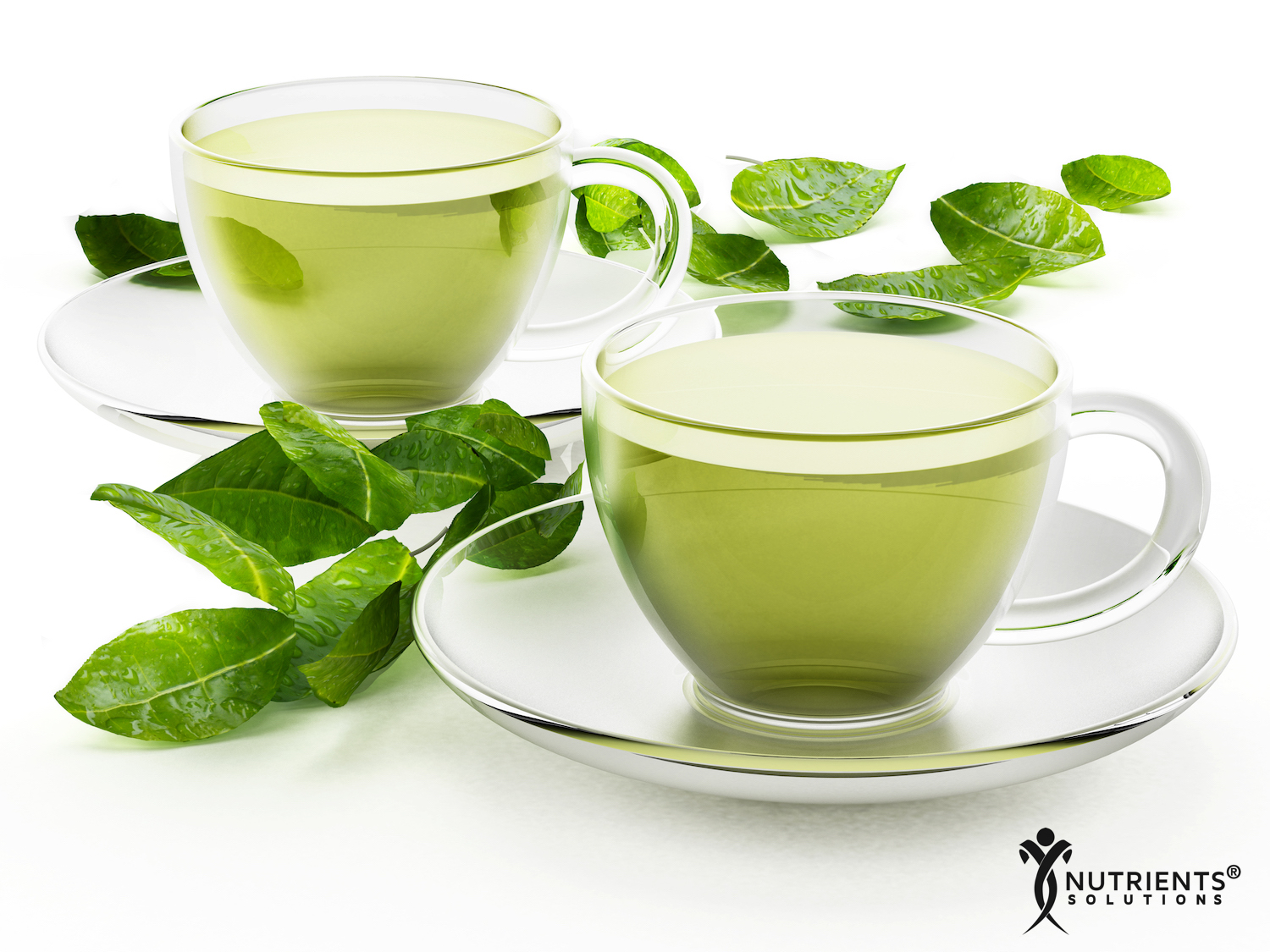 Green tea is available not only as a beverage but also as a dietary supplement in the form of a powder or a pill. People take green tea to improve health and wellness, and scientists have conducted studies to demonstrate that green tea is useful for treating a variety of physical and mental health conditions and for preventing disease. The research with green tea has shown that it has numerous benefits, ranging from weight loss to improved heart health; it also demonstrates powerful antioxidant effects and an ability to help protect the aging brain, according to the latest studies.

Green tea contains substances called catechins, which could be useful for weight loss. In a report in a 2009 edition of the International Journal of Obesity, scientists from Maastricht University in the Netherlands analyzed the results of 11 studies that evaluated the effects of green tea on weight loss outcomes. Based upon their analysis, the scientists concluded that green tea is useful for promoting weight loss and for maintaining body weight after losing weight [1]. Drinking green tea or taking a green tea supplement can aid with the maintenance of healthy body weight when combined with a nutritious diet and regular physical activity.

Blood pressure management is another of the numerous benefits of green tea, with catechins once again being responsible for the beneficial effects. A report in a 2014 edition of the European Journal of Nutrition, authored by scientists affiliated with Griffith University in Australia, reviewed the results of 13 studies that analyzed the relationship between green tea consumption and blood pressure levels. The combined results of the 13 studies indicated that consuming green tea can significantly help reduce blood pressure, with the effects being stronger among individuals with elevated levels [3]. A diet containing green tea can help reduce blood pressure to healthier levels and may prevent the need for medication to control blood pressure.

Given the link between green tea and decreased blood pressure and cholesterol, it seems reasonable to conclude that green tea could also reduce the risk of heart disease.  The research supports this conclusion; a 2011 report in The American Journal of Clinical Nutrition reviewed the various studies with green tea and concluded that they have demonstrated that green tea is associated with a reduced risk of coronary artery disease.  More specifically, the body of research has shown that increasing green tea consumption by one cup per day decreases the risk of coronary artery disease by 10 percent [4]. Adding just a cup or two of green tea to the diet each day can, therefore, exert a protective effect against heart disease.

Green tea can also alter the way the body digests food. In a 2012 study in Molecular Nutrition & Food Research, scientists from Pennsylvania State University evaluated the effects of EGCG, a compound found in green tea, on the digestion of starch. Study results showed that blood sugar levels after consuming starch were lower when mice received EGCG, and the scientists concluded that EGCG could impact starch digestion [5]. Green tea can alter the digestion process in a way that helps prevent blood sugar spikes after a meal.

Animal research suggests that green tea can help fight against damaging oxidative stress. Researchers from Peking University in China conducted a study to assess the effects of green tea catechins on the brains of aging mice, and they published their findings in 2010 in the journal Brain Research. They determined that green tea catechins have properties that can help reduce oxidative stress in the brain [7]. Green tea can, therefore, protect the brain from stress-related damage.

Green tea can help protect the brain from oxidative stress, and it can also help improve cognitive functioning. In a 2006 study in The American Journal of Clinical Nutrition, scientists working for Japan’s Tohoku University Graduate School of Medicine assessed the relationship between green tea consumption and cognitive impairment among adults 70 years of age and older. They found that those who drank at least two cups of green tea per day were significantly less likely to experience cognitive impairment when compared to those who consumed three or fewer cups per week [8]. Regularly consuming green tea can help keep the mind sharp during older age.

Compounds in green tea could also have an anti-aging effect on the skin. In a 2001 study in the journal Carcinogenesis, researchers from the University of Alabama at Birmingham analyzed the effects of EGCG from green tea when applied to the skin before contact with ultraviolet radiation. They found that the EGCG helped reduce damage and inflammation in the skin [9]. Based on the results of this study, green tea could help protect aging skin from the effects of ultraviolet damage that occurs throughout life.

In addition to its other benefits, green tea could be helpful for promoting proper functioning of the kidneys. In a 2005 study in The Journal of Urology, researchers from Nagoya City University Graduate School of Medical Sciences in Japan evaluated the effects of green tea on the kidney functioning of rats. The results of the study indicated that green tea reduced the formation of kidney stones, demonstrating that green tea is beneficial for maintaining kidney health [10].

As the aforementioned studies have shown, green tea has a multitude of significant health benefits. The positive effects of green tea can likely be attributed, at least in part, to its antioxidant abilities. In 1999, a study in the journal Nutrition and Cancer measured antioxidant levels in the plasma and urine of people after they consumed green tea. The study, which was titled, “Consumption of Green Tea Causes Rapid Increase in Plasma Antioxidant Power in Humans,” found that people quickly absorbed antioxidants from green tea. The study’s authors concluded that green tea consumption helps make antioxidants quickly available to the body, which could help reduce DNA damage and thereby may help lower the risk of cancer [11].

The antioxidants in green tea can help reduce the risk of cancer and provide a variety of other important health benefits. As the research has shown, compounds in green tea can help reduce blood pressure and LDL cholesterol, thereby decreasing the risk of heart disease. Green tea compounds can also help alter starch digestion, lower blood sugar after a meal, and decrease average blood sugar levels, which could reduce the risk of diabetes. Green tea has also demonstrated an ability to help protect the skin from damage, prevent cognitive impairment in the aging brain, reduce oxidative stress, and protect kidney health. Furthermore, it has shown effectiveness for weight loss and weight maintenance, making it useful as part of a weight loss plan that includes a proper diet and regular exercise. Researchers have conducted comprehensive evaluations of the effects of green tea, reviewing the results of numerous studies, suggesting that there is strong evidence that green tea is beneficial for human health. Green tea can be included in the diet as a beverage or a dietary supplement to promote health and wellness and to reduce the risk of disease.

Article Name
The Many Amazing Health Benefits of Green Tea
Description
Green tea is available as a beverage and as a powder or pill supplement. People use it for a variety of health benefits, ranging from weight loss to lower cholesterol. Researchers have conducted numerous studies with green tea to determine its specific effects on health and wellness.
Author
Nutrients Solutions®
Publisher Name
Nutrients Solutions®
Publisher Logo 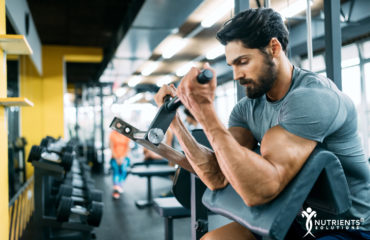 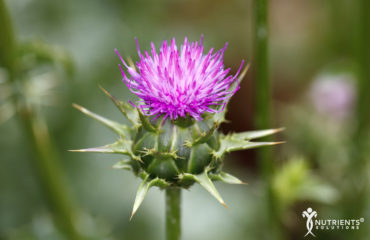 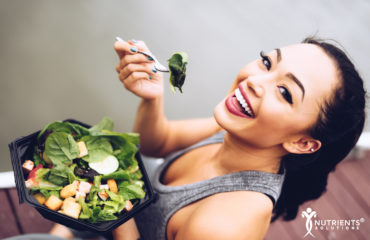 The Difference and Benefits Between Folate and Folic Acid