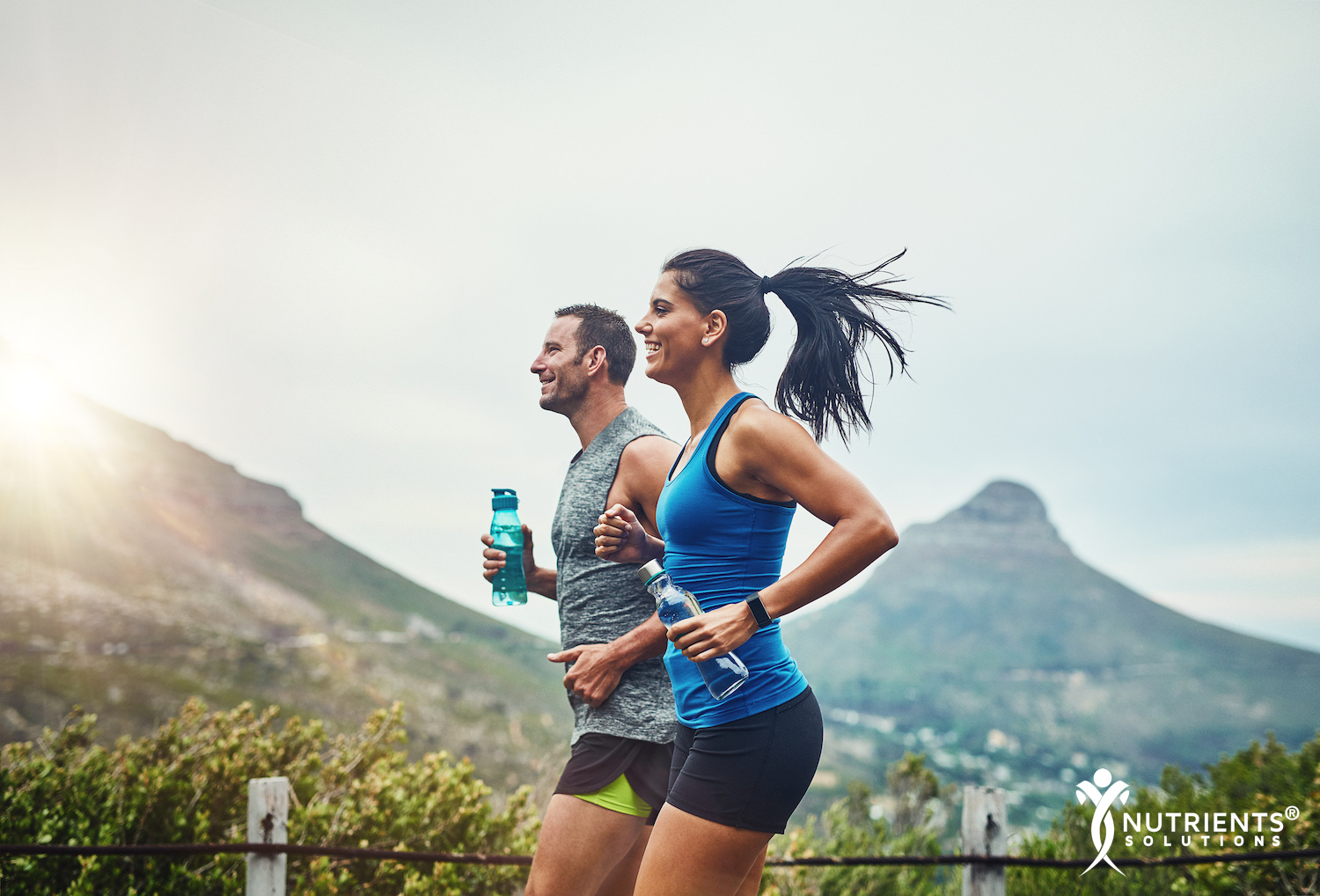 Alfalfa is a plant from the legume family, but it’s also a medicinal herb that provides a host of health benefits and natural remedies. It can be taken as a supplement to boost your daily intake of chlorophyll-rich greens and naturally occurring vitamins and minerals. Alfalfa seeds, leaves, and sprouts are all used for medicine and as a health supplement, with no known side effects. Alfalfa supplementation has been shown to help reduce cholesterol levels, improve blood sugar, prevent osteoporosis and fight cancer.

The nutritional content in alfalfa makes it a natural “multivitamin” that can help benefit any diet. It’s very low in calories but high in fiber, making it helpful for weight loss. It’s an excellent source of vitamin K, as 1 cup of alfalfa sprouts delivers 13 percent of the daily recommended intake. Alfalfa supplements can pack in a higher concentration of the plant, which means you get higher concentrations of vitamins and minerals without having to eat large servings of alfalfa. The herb also provides a great source of vitamin C, copper, manganese, iron, magnesium and B vitamins, including folate, thiamin and riboflavin [1].

Alfalfa possesses antidiabetic properties and has been shown to help lower blood sugar levels in animal studies [2]. While lowering blood sugar is helpful in the management of diabetes, alfalfa may also be able to treat the condition by increasing insulin sensitivity. Insulin is the hormone responsible for assimilating glucose into cells. People with diabetes have low insulin sensitivity, causing cells to resist the assimilation of glucose. In a study, researchers isolated a protein in alfalfa called HSP70 and administered it to diabetic mice just three times a week for 26 days. The results showed that HSP70 increased insulin sensitivity in the mice, compared to a control group. This suggests alfalfa could help reduce the medical intervention required by people with diabetes and help prevent diabetes in nondiabetic people [3].

Alfalfa has been most widely studied for its ability to lower cholesterol levels. Studies have been done on animals and humans that prove it reduces blood cholesterol [1, 2]. In one human study, 40 grams of alfalfa seeds taken three times daily lowered levels of LDL (“bad”) cholesterol by 18 percent in 8 weeks. Plant compounds in alfalfa called saponins are responsible for preventing cholesterol absorption from food in the gut and reducing the body’s natural synthesis of new cholesterol. It also prevents cholesterol from latching onto the walls of arteries. By preventing the buildup of arterial plaque in this way, alfalfa lowers your risk of atherosclerosis, heart attack and stroke [1].

Alfalfa is a source of phytoestrogens, which are plant compounds that mimic the hormone estrogen. Phytoestrogens increase estrogen levels when they’re deficient, but leave the body when levels are high enough. By regulating estrogen levels, alfalfa helps reduce symptoms of PMS and menopause caused by female hormone imbalances. Alfalfa has been shown in studies to relieve night sweats and hot flashes in menopausal women.

Because it’s high in vitamin K, alfalfa can help reduce menorrhagia, which is characterized by heavy and prolonged menstrual bleeding. By improving blood clotting, vitamin K reduces bleeding and can alleviate cramping and pain associated with menorrhagia [1].

The phytoestrogens and bone-building nutrients in alfalfa can help reduce the risk of osteoporosis in postmenopausal women, who are the most at-risk group for this disease. Estrogen helps maintain bone density, but women experience a drop in estrogen levels after menopause [4]. The phytoestrogens in alfalfa can elevate estrogen levels in postmenopausal women and prevent the decline in bone density that leads to osteoporosis.

The vitamin K in alfalfa also supports bone health because it’s responsible for transporting calcium into bones. When vitamin K is deficient, calcium is unable to build bone mass. Alfalfa is also a source of other nutrients that help prevent osteoporosis, including, calcium, manganese, and magnesium [1].

Alfalfa contains antioxidants, which prevent cell death and DNA damage caused by free radicals. A study on mice found that alfalfa reduced oxidative stress that resulted from strokes and brain injuries [1]. In another study, alfalfa protected intoxicated rats from liver damage through its antioxidant agents [5]. Free radicals are linked to aging, while antioxidants are shown to have an anti-aging effect by reducing cell death.

The phytoestrogens found in the alfalfa plant may also help fight cancer. They work by helping to prevent mutations. The antioxidants in alfalfa also help protect against cancer by preventing DNA damage. Alfalfa has a detoxifying effect that can help reduce the buildup of carcinogens, which are toxins known to cause cancer. Alfalfa binds to carcinogens in the digestive tract and bloodstream and carries them through the body to be eliminated [6].

Arthritis is a disease resulting in painful inflammation and joint stiffness that reduces mobility. Clinical research shows that alfalfa can help improve arthritis by reducing inflammation and fluid retention. This suggests alfalfa could potentially help reduce the amount of medication needed to manage arthritis pain [7].

How to Add Alfalfa to Your Diet

Besides taking alfalfa in the forms of capsules and liquid extract, you can also eat alfalfa sprouts by adding them to smoothies, salads, and sandwiches. They’re best eaten raw, and they have a fresh, nutty flavor. You can even sprout alfalfa sprouts at home from alfalfa seeds. Alfalfa powder is also available, which is easily added to smoothies and protein shakes. Alfalfa is a safe supplement with no known side effects.

Alfalfa is a medicinal plant that is shown to help reduce blood sugar and cholesterol. It’s a source of antioxidants, phytoestrogens, chlorophyll, vitamins, and minerals, with particularly high levels of vitamin K–known to improve blood clotting and bone health. Alfalfa helps improve symptoms of PMS, heavy menstruation and menopause by balancing estrogen levels. The many health benefits of alfalfa can be obtained through alfalfa supplements, or by getting more alfalfa sprouts in your diet.

Article Name
8 Amazing Health Benefits of Alfalfa
Description
Alfalfa is a medicinal plant that is shown to help reduce blood sugar and cholesterol. It's a source of antioxidants, phytoestrogens, chlorophyll, vitamins, and minerals, with particularly high levels of vitamin K--known to improve blood clotting and bone health. Alfalfa improves symptoms of PMS, heavy menstruation and menopause by balancing estrogen levels. The many health benefits of alfalfa can be obtained through alfalfa supplements, or by getting more alfalfa sprouts in your diet.
Author
Nutrients Solutions®
Publisher Name
Nutrients Solutions®
Publisher Logo 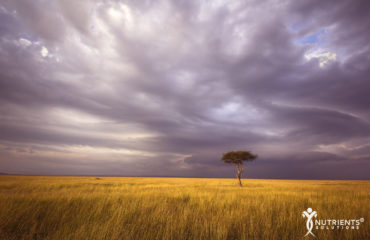 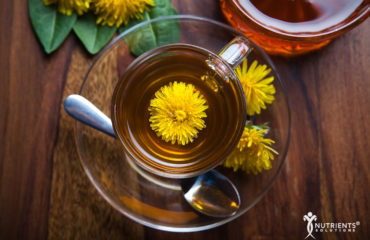 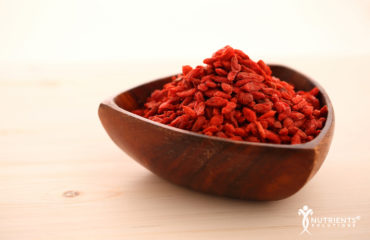