The 12 Many Uses of Ginger 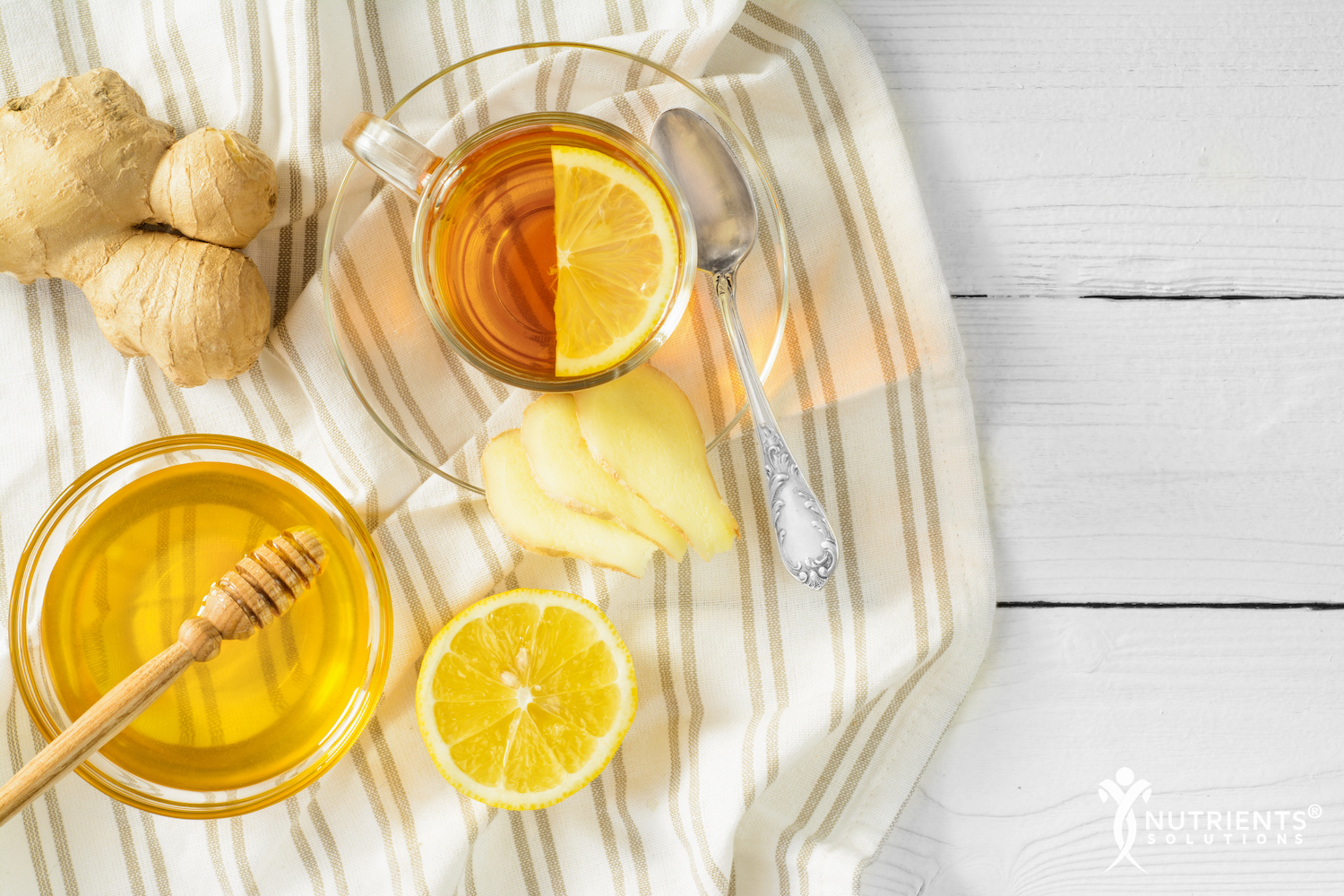 Many people take ginger root as a dietary supplement. This supplement has a variety of uses, and the research has shown that it is effective for improving health and preventing disease. Ginger can relieve pain, lower blood sugar and cholesterol, and treat nausea and vomiting, according to the research.

Pregnancy can bring with it unpleasant symptoms such as morning sickness, but ginger provides a natural form of relief. In 2001, a study in Obstetrics & Gynecology assessed the impact of a ginger supplement on pregnant women who were experiencing nausea and vomiting. One group of women in the study took ginger for four days, and another group took a placebo. The study’s researcher’s, who were affiliated with Chiang Mai University in Thailand, found that compared to the placebo, ginger was more effective for reducing vomiting and improving nausea [1]. Ginger, therefore, seems to be effective for reducing symptoms of morning sickness during pregnancy.

Additional research has shown that ginger can reduce the likelihood of nausea and vomiting following surgery. In 2006, researchers from the University of Washington Seattle, Naresuan University, and Mahidol University assessed the results of five different studies that analyzed the relationship between ginger and levels of nausea and vomiting after surgery. The results of the study, which were published in the American Journal of Obstetrics and Gynecology, found that when compared to a placebo, ginger was more useful for preventing nausea and vomiting after a surgery [2]. Ginger can help prevent side effects following surgery, based on this study.

Ginger could be useful for athletes who suffer from pain. A scientist from Old Dominion University reviewed the research with ginger for a 2015 publication of The Journal of Strength & Conditioning Research. He evaluated seven different studies and determined that when taken for at least five days, ginger can provide relief from muscle pain associated with running and resistance training [3]. Based on this research, ginger would be beneficial for athletes who experience pain and soreness from training.

Patients who are suffering from osteoarthritis may benefit from taking a ginger supplement. In 2001, researchers from the University of Miami and the Miami Veterans Affairs Medical Center evaluated the effects of ginger on a group of patients with osteoarthritis in the knee. Patients in the study took either a placebo or a ginger supplement. Results, which were published in the journal Arthritis & Rheumatism, showed that compared to the placebo, ginger was more able to confer a decrease in knee pain when standing or walking [4]. Ginger could, therefore, be used in place of prescription or over the counter medications to treat pain associated with osteoarthritis.

Ginger can improve health among people with diabetes. In 2006, scientists from Kuwait University and the University of Missouri conducted a study with ginger to assess its impact on rats with diabetes. They found that ginger was able to help reduce blood sugar, cholesterol, and triglycerides among the rats; the ginger was found to be more effective when compared to a control group. The results of this study, available in the British Journal of Nutrition, indicate that ginger is beneficial for maintaining health in cases of diabetes [5].

Ginger could help lower cholesterol levels even in individuals without diabetes, according to animal research. A 2000 study in The Journal of Nutrition, which scientists from the Rappaport Family Institute for Research in the Medical Sciences and Rambam Medical Center in Israel conducted, found that ginger led to significant decreases in triglycerides, total cholesterol, and unhealthy LDL cholesterol among mice [6]. Ginger could be utilized in place of expensive pharmaceutical drugs for lowering elevated cholesterol and triglycerides levels.

Ginger can help provide relief to women who experience painful menstrual periods. A 2009 study in The Journal of Alternative and Complementary Medicine compared the effects of ginger to Ibuprofen and a prescription medication on women suffering from pain during menstrual periods. The study, which was titled, “Comparison of effects of ginger, mefenamic acid, and Ibuprofen on pain in women with primary dysmenorrhea,” found that ginger was just as effective as the other two medications were for reducing pain. Patients were equally satisfied with all three medications, and none of them experienced significant side effects [7]. Ginger provides a natural solution for women who are experiencing painful menstrual periods.

Ginger seems to help provide relief to individuals suffering from migraines. A 2014 study in Phytotherapy Research compared the effectiveness of ginger to that of a prescription medication among patients experiencing migraines. The study’s authors, who were affiliated with the Zanjan University of Medical Sciences in Iran, found that ginger was just as effective as the prescription migraine medication was. Furthermore, ginger produced fewer side effects that the prescription medication did [8]. Based on this study, ginger can provide migraine relief without the side effects that can come with prescription drugs.

Ginger is effective for helping to treat migraines, but that isn’t the only benefit of this herbal supplement. The research shows that ginger can help lower cholesterol and blood sugar levels, in addition to relieving pain associated with menstrual periods or arthritis. Ginger is also useful for treating nausea and vomiting during pregnancy and after surgeries, and it provides pain relief to athletes. Based on the body of research with ginger, this supplement has a variety of uses and can be beneficial for many people. It is available as a supplement in most grocery and drug stores.

Ginger root has been traditionally used to alleviate nausea, and modern research has now corroborated this ancient use. It’s been shown to help reduce nausea and vomiting in cancer patients after chemotherapy sessions. A review of 12 studies on pregnant women determined that 1 to 1.5 grams of ginger root a day effectively treats morning sickness [9].

When you have indigestion, the stomach is slow to empty, and sufficient amounts of digestive juices are not present. Ginger root can help relieve and treat indigestion by increasing the secretion of stomach juices that break down food and make digestion possible. One study showed that taking ginger before a meal reduced the time food sat in the stomach by 4 minutes. Another study found that 1.2 grams of ginger powder taken before eating sped up the emptying of the stomach by 50 percent [9]. If you have indigestion, ginger is best taken in capsule form instead of tea or extract, as it can cause heartburn in these forms [10].

Ginger for Gas and Bloating

Ginger also acts as a carminative, which means it breaks down gas bubbles in the stomach and intestines, effectively relieving gas and bloating caused by excess gas. In fact, the active compound in ginger that helps relieve gas has been isolated and used in anti-gas medicines [10].

Stomach ulcers also called gastric or peptic ulcers, are painful lesions in the stomach or intestinal lining that can be caused by bacteria and long-term use of pain medicine. If you often experience gastric ulcers, ginger root can help prevent their development. In a study on rats with peptic ulcers caused by aspirin, ginger powder was shown to reduce gastric ulcer formation and strengthen the mucosal lining of the stomach that protects against gastric ulcers. It also lowered inflammation in the stomach and intestinal lining, which is known to be associated with stomach ulcer pain [10].

Article Name
The 12 Many Uses of Ginger
Description
Ginger is known as an herbal supplement. People use ginger for multiple reasons, and it is believed to have significant health benefits. This article describes several health-related uses of ginger supplements. The article cites the results of scientific studies to support all claims it makes.
Author
Nutrients Solutions®
Publisher Name
Nutrients Solutions®
Publisher Logo 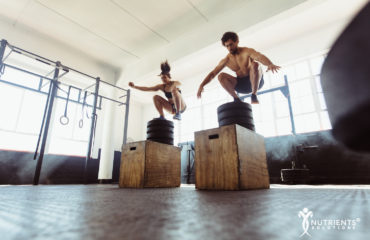 8 Health Benefits of Quercetin that Prove Food is Medicine 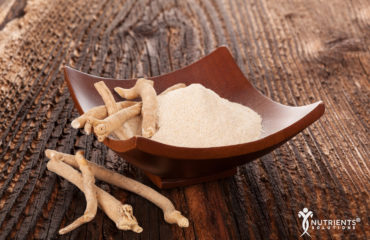 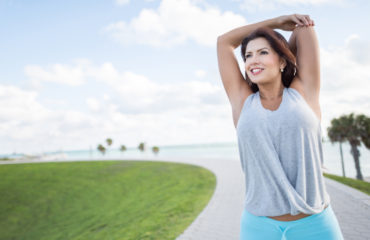