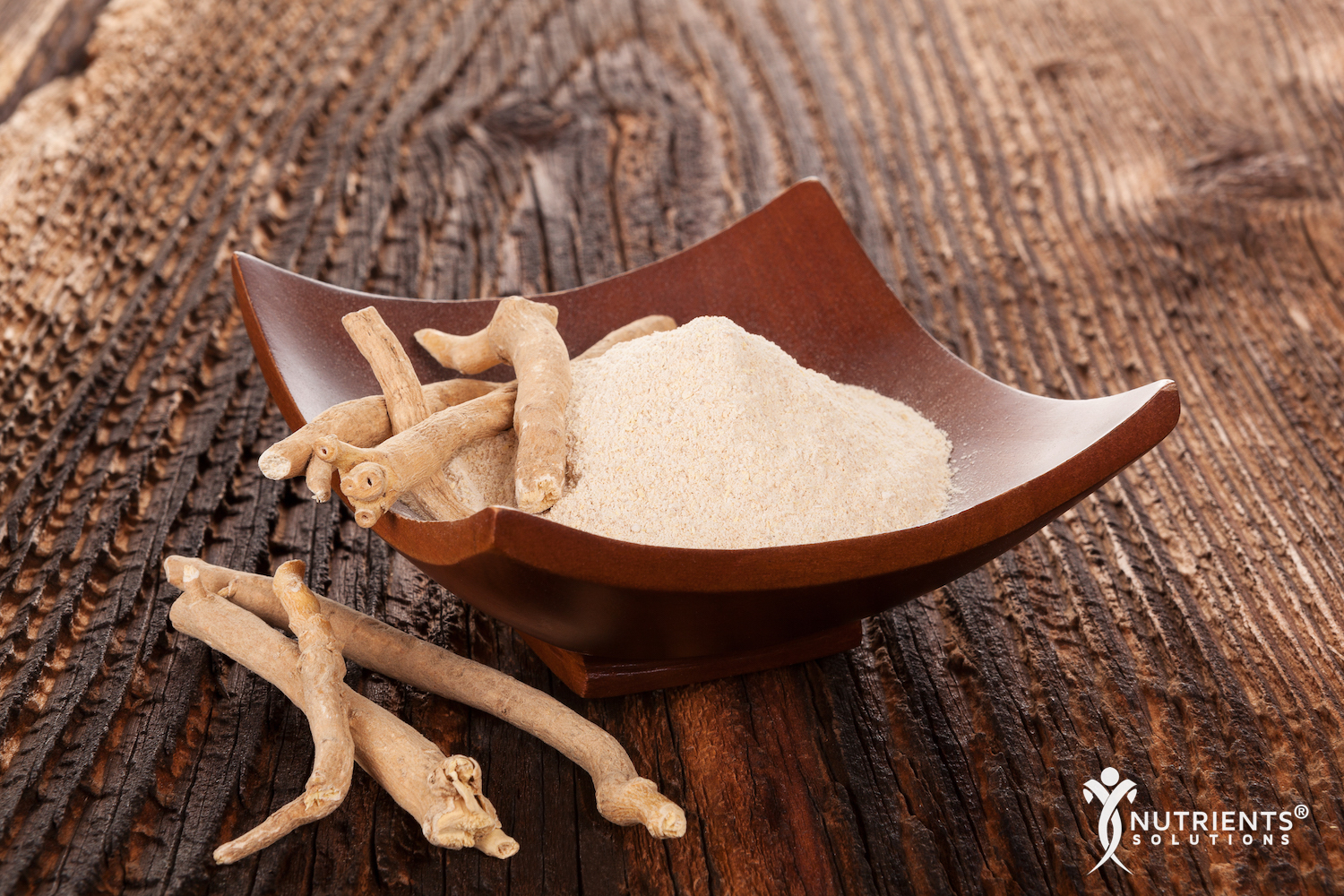 Ashwagandha, also called winter cherry or Indian ginseng, is an herb whose roots have been used in Ayurvedic medicine of ancient India for millennia. In Ayurveda, it’s considered a tonic, astringent, stimulant, aphrodisiac and narcotic. It’s also revered as a powerful adaptogen, which means it helps the body respond to stress with improved resilience.

Scientific evidence has linked ashwagandha to improved brain function, immunity, thyroid function, adrenal function and blood sugar levels. It helps boost stamina and exercise performance, helps with muscle building and even boosts sexual function and fertility. It’s been found to have anticancer effects and also help promote mental health by relieving anxiety and depression. Because of its impressive versatility, ashwagandha has been traditionally taken by the young, middle-aged and old as a health-boosting daily supplement [1].

As an adaptogen, ashwagandha works to increase physical stamina and endurance not by stressing your system and forcing it into high gear, but by improving your body’s ability to adapt to stress. In animal studies, it was shown to reduce the release of stress hormones during stressful swimming endurance tests, thereby saving energy and improving performance. Incredibly, mice that supplement with ashwagandha have been able to swim twice as long as control group mice [1].

Ashwagandha prevents and even treats cancer, according to studies. In animal cells, it’s been shown to help stop the growth of 49 percent of cancerous ovary cells. It prevented the growth of lung tumors in mice. Researchers have suggested ashwagandha works synergistically with chemotherapy not only through its anticancer effect, but also by boosting the immune system and countering the adverse effects of chemotherapy. In cases where cancer treatments depress the immune system of cancer patients, ashwagandha may extend their lifespan due to its ability to modulate the immune system, improving white blood cell count, which gets depleted by chemotherapy [1].

Ashwagandha is shown to help enhance cognitive function, including memory, as has been seen in children with memory deficits, in cases when head injury affects memory, and in cases of age-related neurodegenerative diseases. It reduces oxidative stress, also known as free radical damage, which is known to harm brain cells and lead to age-related brain diseases.

Multiple studies have found that ashwagandha slows, stops and even reverses neuritic atrophy and synaptic loss, which are the roots of cognitive impairment in cases of Alzheimer’s, Parkinson’s, Huntington’s and other neurodegenerative diseases. Researchers suggest ashwagandha can benefit patients of such diseases at any stage, as well as prevent the onset of these diseases in aging individuals [1].

The stress-reducing effects of ashwagandha also extend to cases of anxiety, in which the herb is shown to have a calming effect. In fact, researchers have compared its anti-anxiety action to the drug Lorazepam because of its ability to help lower levels of tribulin in the brain–a known marker of anxiety. Ashwagandha has also shown to have an antidepressant effect that researchers have compared to imipramine, an antidepressant drug that works by restoring neurotransmitters in the brain such as norepinephrine. Studies on animals have shown ashwagandha stabilizes moods in cases of “behavioral despair” and “learned helplessness,” suggesting clinical applications for treating anxiety and depression [1].

5. Reduces Inflammation and Helps with Arthritis

Ashwagandha works as a natural painkiller that eases your nervous system’s response to pain. However, it also reduces pain by reducing inflammation at the source of that pain. Through these two actions, ashwagandha packs a powerful one-two punch when it comes to treating both rheumatoid arthritis and osteoarthritis [1]. One study treated rheumatoid arthritis patients with ashwagandha powder twice daily for seven weeks. By the end of the study, participants had significantly less swelling and pain in their joints than when they started [2].

Researchers believe that compounds in ashwagandha called flavonoids have antidiabetic effects, as ashwagandha has been shown to stabilize blood sugar in diabetic rats [3]. One study on rats found that when fed fructose and then given ashwagandha extract, ashwagandha reduced blood sugar spikes, insulin resistance and inflammation. This suggested ashwagandha increases insulin sensitivity and lowers inflammation, effectively treating diabetes [4].

The antioxidant and anti-inflammatory properties in ashwagandha make it helpful in preventing and treating heart problems. As a tonic, it strengthens the heart muscles and blood vessels. It prevents unhealthy blood clotting and has even been proven to lower cholesterol and high blood pressure–all of which are known risk factors for heart attack and stroke [5].

Adaptogenic herbs such as ashwagandha are used to help improve not only the body’s response to exercise-induced stress, but also illness-induced stress. By lowering levels of stress hormones that suppress the immune system, ashwagandha promotes better immune function. It helps you recover from illnesses faster by increasing your white blood cell count and reducing inflammation [6, 7].

Ashwagandha has long been used in Ayurvedic tradition as an aphrodisiac, and modern studies have confirmed its ability to enhance sexual function. In a study on 50 healthy women, researchers administered a placebo or 300 mg of Ashwagandha twice a day for eight weeks. The women who supplemented with ashwagandha had increased sexual function scores in the categories of arousal, lubrication and orgasm, compared to the placebo group [8].

In addition to boosting libido in women, ashwagandha also improves sexual function in men by increasing testosterone levels. A study on 46 men found that 675 mg of ashwagandha per day increased not just testosterone, but also semen volume, sperm count and sperm mobility by considerable amounts compared to a placebo. This suggested that ashwagandha is a promising treatment for male infertility [9].

Ashwagandha is one of the most widely used adaptogens because of its numerous proven health benefits for both body and mind. However, it should be avoided during pregnancy because it can increase the risk of miscarriage. In appropriate doses, it’s considered safe and free of side effects, but may interact with sedatives, medications used to manage diabetes and blood pressure, and medications that suppress the immune system [10]. You can find ashwagandha root supplements in the form of liquid extracts, powder or capsules.

Ashwagandha is a stress reliever, brain booster, energizer and aphrodisiac. It’s been widely studied and used in Ayurveda, which is India’s traditional medicinal system. Medical research has confirmed its therapeutic benefits for a wide range of applications, from treating chronic diseases like cancer, diabetes, and arthritis to increasing fertility in men. This powerful supplement can help you better cope with daily stress both physically and psychologically, while reducing your risk of several diseases.

Article Name
Top 10 Benefits and Uses of Ashwagandha: an Ayurvedic Powerhouse
Description
Ashwagandha is a stress reliever, brain booster, energizer and aphrodisiac. It's been widely studied and used in Ayurveda, which is India's traditional medicinal system. Medical research has confirmed its therapeutic benefits for a wide range of applications, from treating chronic diseases like cancer, diabetes, and arthritis to increasing fertility in men. This powerful supplement can help you better cope with daily stress both physically and psychologically, while reducing your risk of several diseases.
Author
Nutrients Solutions®
Publisher Name
Nutrients Solutions®
Publisher Logo 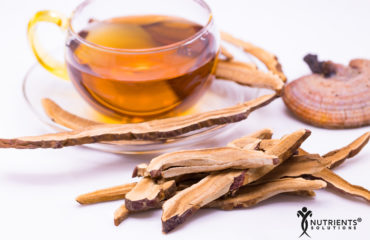