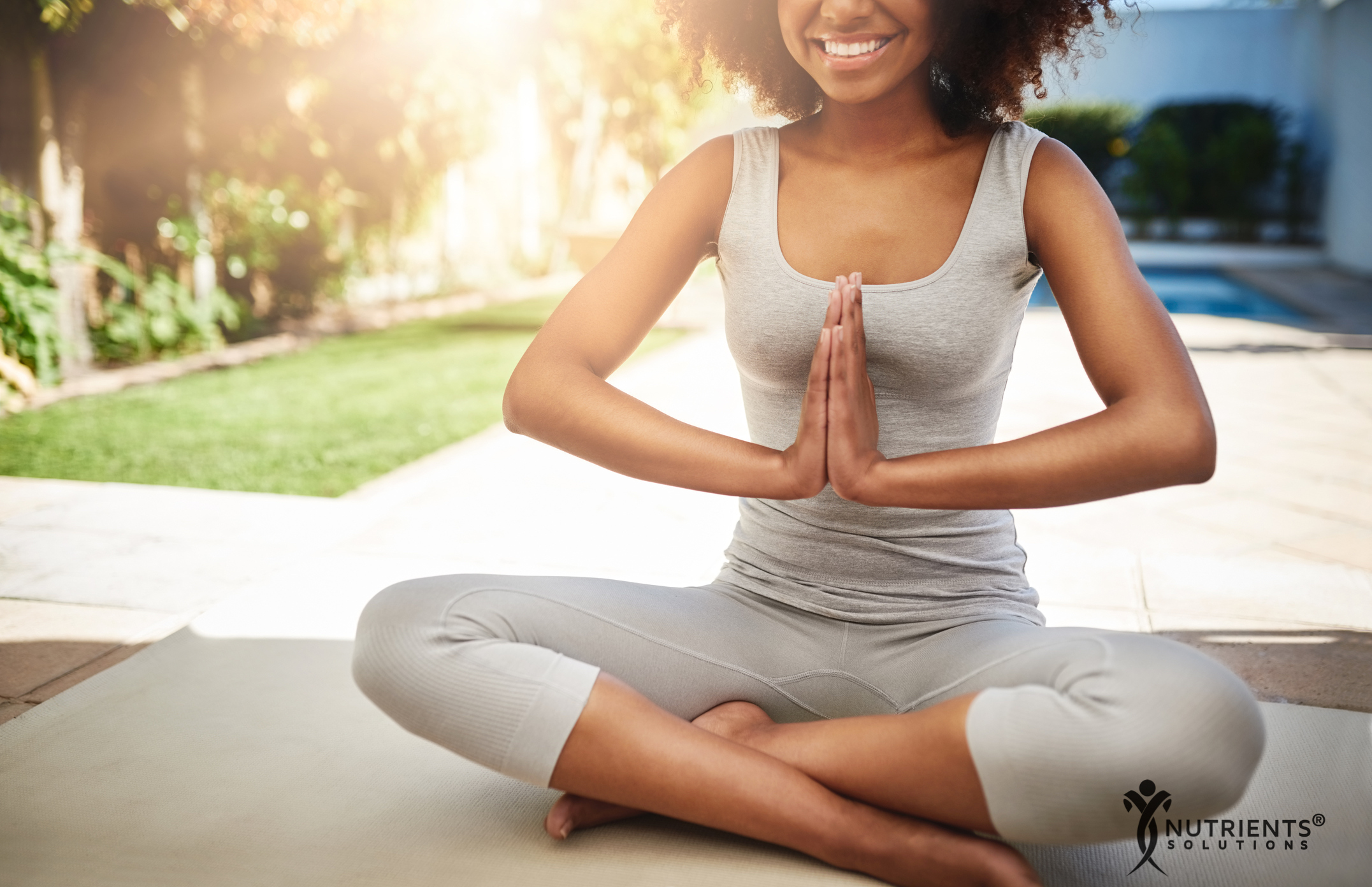 How can you reduce stress, lower blood pressure, stave off depression, boost self-esteem, increase emotional intelligence, and bolster concentration? It turns out that a daily dose of meditation can do all these for you and more! If you’ve never wanted to practice it, now is your chance. Read this list, and you’ll be convinced to try it every day.

What if you found out there’s something you can do in a mere five to 20 minutes a day that would help improve your brain functions, mood, energy, concentration, and health? This doesn’t involve intense workout programs or studying rocket science. Instead, you’ll do what monks and ascetics have been doing for literally thousands of years: meditation.

This deeply religious and spiritual practice also has plenty of basis in science. Plenty of studies from researchers and universities have concluded that daily meditation makes a huge difference in your daily life. Like with most good habits, it just takes time and effort out of your busy day to make long-lasting improvements.

The idea of sitting, chanting, and deep breathing might not immediately sound appealing to you. However, once you read these numerous proven benefits, you’ll wonder why you didn’t start meditating sooner:

Meditation helps boost your brain power and cognitive functions. One study found students who practiced mindful meditation for 20 minutes a day were able to achieve higher scores when taking cognitive tests. In some instances, the students who regularly meditated outperformed their non-meditating counterparts tenfold.

Meditation is especially important for people whose cognitive abilities are deteriorating with age. Keeping the brain active and healthy helps offset conditions, like dementia and Alzheimer’s.

Whether you’re trying to study frantically for a midterm or pay off your student loans, stress can get the best of anyone. Not only does stress make you feel awful, but it also negatively impacts your health by driving up your blood pressure and aging your brain.

Meditation counteracts these effects. Mindfulness and deep breathing help cleanse your thoughts. That’s why people tell you to take a deep breath and count to 10 in a tense situation.

When it comes to being aware of yourself, few things help as much as mindfulness. Practicing mindful meditation helps you become aware of your thoughts, recognize the emotions attached to them, and inquire about how they affect you. You’ll be able to approach problems with an entirely new angle, and you won’t feel overwhelmed by negative emotions.

Keep your mind young and healthy. Stop forgetting important dates and events that continuously slip from your thoughts.

The National Center for Biotechnology Information (NCBI) looked at 12 different studies and concluded: “a growing body of research that shows that meditation has positive effects on cognition in younger and middle-aged adults, meditation may be able to offset normal age-related cognitive decline or even enhance cognitive function in older adults.”

Meditation works as a pain reducer. Since mindfulness and deep breathing help calm your thoughts, it makes sense they would also help ward off pain and other negative emotions.

A study from the University of Montreal compared 13 meditators and 13 non-meditators. Both groups were exposed to scorching heat while brain scans were measured. Those that practiced Zen meditation felt less pain even when exposed to equal heat.

In fact, meditation is so great that one experiment found it reduces pain even better than morphine. The study was conducted by Wake Forest Baptist Medical Centre and looked at 15 volunteers who had never meditated. Researchers had one group meditate and gave the other group morphine and found meditation helped relieve 50 to 57% of the pain, while morphine only reduced about 25% of the pain.

High blood pressure, often associated with strokes, heart disease, and other health conditions, can be caused by genetic conditions, smoking, and poor diet. One study asked almost 1,000 volunteers to meditate and concentrate on a silent mantra. This practice reduced their blood pressure by about five points on average. Older adults with higher blood pressure found this technique particularly effective.

If you need to buckle down to get focused on your work, perhaps you need to take a five-minute breather for a meditation session. These few moments of relaxation will not only calm you down but will also prepare your brain for the task ahead.

In a neuroscience study at Harvard University, researchers looked at 16 students who took an eight-week mindfulness class and incorporated meditation and mindful practices into their daily lives. Brain scans revealed the students had more gray matter in lobes associated with memory, emotion, and concentration.

For this reason, meditation is also a great cure for those with ADHD. One study published in the Clinical Neurophysiology Journal discovered adults with ADHD were able to concentrate better after meditation.

Nobody likes to feel sad. Unfortunately, depression is more than just feeling mopey every once in a while. It’s a certified mental illness that makes it hard for many people to go about their daily lives.

Meditation can help treat many mental illnesses, including depression. One study published in Jama Internal Medicine found mindfulness meditation helped stave off anxiety and depression. In fact, it worked about as well as taking antidepressant drugs.

Is there anything meditation can’t do? We know it makes great changes in the brain for the better, but who would’ve guessed it can get rid of your drinking problem? Several studies of Vipassana meditation among prisoners suggested regular meditation can curb alcohol and substance abuse.

Meditation will make you feel better about yourself. Not only will it improve many emotional and cognitive functions, but it will also give you a positive view of yourself.

One study of 21 women dealing with breast cancer found taking tai chi classes boosted their self-esteem. In another study that involved 40 seniors who participated in a mindful meditation program, the subjects experienced less loneliness.

Makes you a kinder person

Being nice to yourself will help you become kind towards others. If you have high self-esteem, you’ll have clearer thoughts and be able to develop better relationships with your colleagues.

One form of meditation is called Metta. This exercise starts with creating positive feelings about yourself. At least 22 different Metta studies have concluded this practice makes people nicer to themselves and other people.

It’s no wonder people want to get as emotionally intelligent as possible. The practice of meditation helps increase awareness and allows you to exercise control over your thoughts and emotions. It will make you emotionally strong and wise.

Thanks to smartphones, television, and other blue light emitters, people have been struggling to get enough sleep during the day. Widespread insomnia makes it harder for people to function in their daily lives as they struggle to get out of bed.

Meditation has nearly countless benefits that will help you improve your health, emotions, and well-being. You’ll become smarter, more relaxed, and happier. All you need to do is take a few minutes out of each day to focus your thoughts and calmly meditate. You might feel restless or antsy, at first, but stick with it. This practice can change your life.

Article Name
13 Amazing Reasons to Meditate
Description
How can you reduce stress, lower blood pressure, stave off depression, boost self-esteem, increase emotional intelligence, and bolster concentration? It turns out that a daily dose of meditation can do all these for you and more! If you've never wanted to practice it, now is your chance. Read this list, and you'll be convinced to try it every day.
Author
Nutrients Solutions®
Publisher Name
Nutrients Solutions®
Publisher Logo 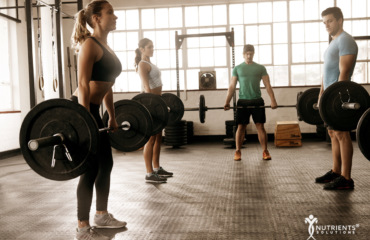 5 of the Biggest Fitness Myths 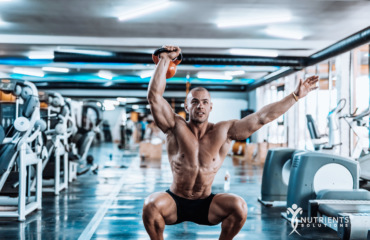 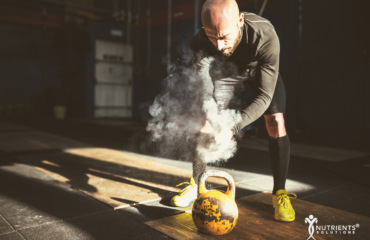